As we closed our second full year in our Challenger implementation, we saw another year filled with breakout performances as reps started refining their Challenger Sale skill-sets. The following article highlights one of the year’s success stories. The story is about a new rep hired in to one of our larger divisions, who successfully transitioned from Relationship Builder to Challenger, delivering the top sales performance of his division for the year. Following is an excerpt from my interview with Phil Daily as we debriefed his performance for the year… 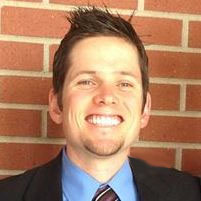 Jeff: You came into the organization brand new last year, and not only learned Challenger selling, but learned a new industry, all while earning the position of top sales person of the year on your team. What was impressive about this is that the person who had typically been #1 for nearly 20 years had another great year as well. For those outside the organization, they may wonder if it was just a matter of a ‘hot’ territory, a fast growing industry, or some other circumstance not directly related to your performance. Honestly, did Challenger have anything to do with this, or were there other contributing factors like inheriting a favorable territory? Phil: Our industry is one that is slow to change and steeped in tradition. The customers care deeply about their purpose and “getting it right,” and I believe the more purpose one sees in their vocation, the more powerful Challenger can be. Coming into my territory last year, I used Challenger to confront the status quo and the “way it’s always been done.” As a result, I saw positive growth in regions of the country that are traditionally thought of as declining markets with declining growth. Jeff: What is your impression for why these markets had been in decline? Phil: When sales reps used traditional product-centric and relationship building approaches, it caused our solution to blend in like ‘white noise.’ Challenger brought a constructive tension, which was sorely needed for change. Jeff: Prior to beginning your Challenger journey, which of the five profiles best represented your own sales approach? Phil: A mixture between Relationship Builder and Challenger. Jeff: Interesting. Those two approaches are often diametrically opposed. How did these two profiles manifest themselves in your approach? Phil: Deep down I believe I had some Challenger qualities and behaviors. However, before understanding what a Challenger message looked like, I would back off as I felt uncomfortable with the constructive tension. As a result, I would default back to relationship building and try “friending” customers into the sale. Trusting the process of Challenger has really helped me in overcoming this barrier. Jeff: Often based on the name “Challenger” alone, people can have some reservations about the approach. Did you have any initial reservations when introduced to Challenger? Phil: Yes. Intentionally creating ‘Constructive Tension’ can sound scary. However, I was most anxious about how to execute. There is a lot of information to take on when learning Challenger, especially through the transitions. Jeff:  Describe what you mean by transitions? Phil: Struggling through transitions relates back to my lack of familiarity with Challenger choreography.  For example, I would be so focused on Reframe, when it came time to progress the conversation into Rational Drowning, I would struggle with a ‘transition’ statement that was conversational and natural.  My supervisor helped me with transitional phrases such as “the interesting thing is” or “to solve this issue…” Over time, making this conversational became second nature. Jeff: What was the hardest part of the Challenger process for you? Phil: I was so focused on the Reframe itself, that I was having a hard time setting it up properly. I found myself having very long conversations before I could move forward.

I finally discovered the Warmer allows me to find the customer’s ‘frame’ so I can begin to redirect their thoughts.

It was difficult at first, because I was so used to looking for areas of agreement to build the relationship. However, setting up and delivering the Reframe is about turning the head of the customer, which can create moments where they don’t always know how to respond. Jeff: What would you advise others to do that struggle with that same area? Phil: Don’t be overly anxious to get to the Reframe before you get to the Warmer. Demonstrating credibility cannot be understated.  When prospects think, “He gets me,” it builds the critical foundation of trust, but it’s not based on being nice. Rather, it’s based on providing valuable commercial insight with industry knowledge. Jeff: What do you know now, that you wish you knew when you first began your Challenger journey a year ago? Phil: Jumping to solution before the appropriate time is a very easy mistake to make. Fight the temptation to lead with product and trust the Challenger choreography. Jeff: I receive emails from sales reps all over the world that are contemplating Challenger, and one of the common concerns is their fear that customers won’t respond well to the approach. How have your customers/prospects responded to your Challenger conversations? Phil: My customers believe, and have told me, that they have gained valuable insight to their challenges. This insight prompts them to reach for solutions that are uniquely designed to confront these ‘new challenges.’  When teaching customers to think about their industry in a new way, the same old way of researching and buying product won’t do. But with the Challenger approach, customer’s often share with me that our “resources are specifically designed for their issues.” Jeff: What advice would you give to those sales reps considering the Challenger methodology? Phil: Learning Challenger concepts is not easy. However, the potential for greater performance and purpose is definitely a worthwhile endeavor!

In an upcoming article, I will be asking these same questions of our top sales rep from another large division that applied the Challenger approach to his acquisition efforts, and had breakout results.