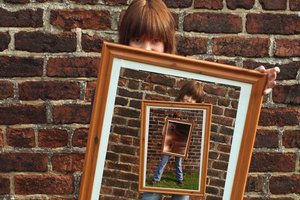 New to Challenger? Are you struggling with the Reframe? If so, this article is for you.

For Challenger Sale practitioners, the Reframe is that pivotal moment in the conversation when you have disrupted a person’s belief system and have them thinking differently about their situation.

But for the person newer to Challenger, it isn’t that easy yet. You are likely to find yourself in a position of trying to remember what to say and when to say it to get them to think differently. If you are like many people, you come away feeling that Reframing was much easier in training as the scripts went so smoothly.

One of the most memorable moments where I had my thinking ‘reframed’ was in 1997 with the controversial film, ‘Wag the Dog.’

In the film, less than two weeks before a president’s reelection bid, the media broadcast his involvement in a sex scandal in the White House. Seeing the threat to the president’s reelection bid, Washington’s greatest spin doctor, Conrad ‘Connie’ Brean (Robert De Niro) is summoned. His solution? To create a bigger story than the scandal, that would dominate the media until election day.

One of the memorable quotes De Niro makes in the film is, “What’s the thing people remember about the Gulf War? A bomb falling down a chimney. Let me tell you something. I was in the building where we filmed that with a 10-inch model made out of Legos.”

I remember the moment well. It was quite unnerving to think that the filters by which I was walking through life, may have been wrong all along. Now that, is a reframe!

One of the most common questions I continue to receive is how to Reframe. As important as the ‘how’ is, this article focuses on ‘when’ to Reframe.

A couple of years ago, as I was meeting with sales leaders in the beginnings of their Challenger implementations, there was one point I continued to reinforce when working through reframe competencies…

“You can’t Reframe something that hasn’t first been Framed.”

With that in mind, following are two ‘frames’ that must precede every Reframe:

Putting it All Together

Let’s use the opening of an article CEB wrote on ‘Traditional Strategies of Driving Customer Loyalty’ to show the Pre-frame, Frame, and Reframe in action.

[Pre-frame] Over the last few years, sales organizations have seen a fundamental shift in customer buying behavior. Not only do deals face greater scrutiny, but higher consensus requirements increase the likelihood of a “no” decision.

[Reframe] Conversely, our analysis finds customer loyalty impact does not squarely fall on these traditional drivers, rather it increasingly falls on the sales experience. However, this is not the product of a generically good sales experience, but rather a sales experience that delivers insight to the customer.

While this example is one-way communication in article form, turning it into a conversation would be quite easily done. At the Pre-frame stage, whether meeting with someone in person or over the phone, you are looking for visual and/or audible confirmation that this is aligned with what they are seeing and experiencing.

At the Frame stage, the same holds true, and a validation question or statement can help to confirm this is their experience too. For example, after sharing the three frequently heard strategies for addressing loyalty, if they respond with, “Exactly right,” you may respond by saying, “it sounds like you have taken a similar approach?”

Their response to that gives you better insight into exactly what you are Reframing. As we all know, customers don’t follow scripts, so preparing in a scripted manner as if those are the only three possibilities for the customer can set you up for an awkward moment.

As you prepare for your next discussion with a prospect or customer, consider these two often over-looked frames before you attempt to reframe how they were thinking about their problems.

Following are three sentence-starters to aim towards crafting your own Pre-frame to Reframe.

As one final example, I will use the sentence starters above to show what I might say to a retailer that is struggling with sales growth and discounting to improve results.

“One of the biggest trends we see affecting retailers is virtual show-rooming, whereby customers use the physical retail store to identify what they will purchase elsewhere online.

Some of the typical ways retailers similar to you have tried to address this is by price matching, discounting, or increasing their promotional activities.

You might be surprised to learn that the research we recently conducted in conjunction with the NRF showed that these three activities actually have the exact opposite effect on sales from what retailers were trying to accomplish.”

While this is just an example, what is important to remember is that you must tailor specific to the customer, and know that even the most perfectly scripted Pre-frame to Reframe will not ensure prospects also follow the script. They rarely do, so prepare accordingly!