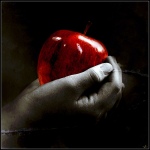 Last week, I wrote about common mistakes made with an underperforming Division or Business Unit in my post titled Reorganization or Turnaround? (Part 1). Most notably, I spoke of the tendency to prescribe a reorganization to situations when a turnaround was really needed, by failing to recognize issues that are below the “waterline.”

If you are the leader of a struggling division, business unit or team that has solid sales, but have continued to underperform the profitability expectations for multiple periods, this post is for you.

The Top-Line Temptation
There is no doubt that top-line revenue covers a multitude of sins. The problem is that too often this is seen as a good thing…or at least acceptable. These ‘sins’ in business, so to speak, that detract from profitability are analogous to the roots of a young tree that later grows to disrupt the foundation. The foundation, in this case, represents the whole organization. Addressing the root of these problems is always better done earlier, for obvious reasons, as the picture of the tree below perfectly illustrates the implications of letting problems persist.

Unfortunately, what happens all too often is that with solid revenue comes the belief that things will correct themselves over time. That increasing the sales will begin to create economies of scale, eventually leading to profitability. Question – When was the last time you saw a profitability issue like this work itself out over time?

Getting at the Root of the Problem
There are a variety of reasons why a leader may be experiencing solid sales with poor profitability, but I want to address one of the more common reasons I see. This is the ‘sales at any cost’ approach. When this is the case, the inappropriate pursuit of revenue tends to come in one of two forms.

The Root of the Problem

The first way revenue is inappropriately pursued comes in the form of aggressive discounts, incentives, and promotions. Unprofitable discounting creates an inflated sense of demand, which bursts the minute the discounts stop. The more inherent problems with this approach, other than increased costs and false demand, is the longer term impact of discounts and incentives lowering the perceived value in your customer’s eyes.

The second way that revenue is inappropriately pursued is through disproportionate costs of acquisition and retention, beyond that which is profitable. In these situations, typical strategies include increased marketing campaigns, sales blitzes, additional staff or even the introduction of new products or services on top of an overly burdened cost structure.

In some cases, a division may inappropriately pursue both, discount strategies and increased activities. The compounded effect of having lower revenue at higher costs puts the business area on a fast track to what I call ‘divisional bankruptcy.’ Not only is this unsustainable, it is a terrible strategy in general for leading a division to profitability.

5 Questions to Determine if You Have a Profitability Problem
Now that we have a good handle on some of the problems and why they occur, it is important to determine whether these are your problems are somebody else’s problems. Also important to note is that the conditions described above are not the sole list, but rather representative of the type of conditions that lead to solid sales with poor profitability. Therefore, the following questions will help in determining if you are in a situation requiring a reorganization or turnaround.

Reorganize or Turnaround?
After having assessed the cause of the problems and determined next steps, you should have a sense of clarity on whether or not you have a ‘waterline‘ issue or not. If you have diagnosed your problem to be below the waterline, this is a turnaround. You are now in a dead sprint to correct the problem before your CEO steps in on your behalf to correct the problem simultaneous with your exit.

Time to A.C.T.
Now that you have properly diagnosed your predicament and are committed to an expedient correction, it is time to act. I have put the steps in the form of an acronym to serve as a virtuous, or repeatable, cycle to follow throughout the recovery.

As described above, this process is intended to be followed and repeated, assessing and adjusting as you go. If you are entering this process of a turnaround, I would like to offer encouragement as you have demonstrated the two characteristics I described last week – Humility in acknowledging your situation and Courage to address the problems head on. Once you successfully turnaround your division or business area, not only will you have the respect and admiration of your staff and CEO, but this will likely serve as one of the largest confidence booster’s in your career that will serve you well in years to come.