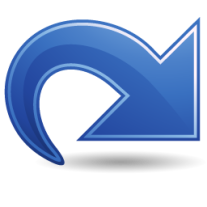 The Setting
It was during the announcements of Sunday’s service when I leaned over to my wife and asked, “Didn’t the Pastor give this same message last week?” After confirming the correct date on the bulletin, we both concluded he had indeed delivered the same message the week prior.

We anxiously awaited some sort of explanation from the front. What happened next, has stuck with me to this day.

The Pastor stepped forward to address the congregation and proceeded to explain that there was not a misprint in the bulletin, and said, “Yes, I do intend to preach the same message again.” He went on to explain that each week, after each message, the pastoral team does a debrief on the music, the message, and all aspects of the prior Sunday’s service.

During the debrief, one of the Associate Pastors shared with the Lead Pastor, that the message wasn’t as effective as it could have been. Some of the feedback given, suggested his message was too general in nature, and offered too few specifics or examples to effectively land the point. The associate pastor was right.

“The message wasn’t bad. It just wasn’t as memorable as the title.”

The Lesson
From the front, the Pastor asked to do a ‘do-over’ of last week’s message. What an example of humility…of accountability…of responsibility…of leadership! We all make mistakes, whether in roles as leaders, employees, parents, or other. Some mistakes, of course, have greater consequences than others, and ‘do-overs’ aren’t always possible or appropriate.

When a misstep has occurred, there are three lessons that can be learned from the example above.

Debrief: 3 Keys to Recovering from a Misstep

The Rest of the Story
With great humility in having to do a ‘do-over,’ the Pastor delivered a powerful message that Sunday, presenting the case so effectively that I still remember the message 5 years later. More importantly, he demonstrated an uncommon act of courage in his leadership that was worthy of emulating. Well done, Pastor Bendinelli!